Ron Rosenbrand, vineyard manager, commented that he had a “bunch of athletes” on the crew and added, “It’s hard to keep up with them.” Some of the dozen people have been with Spring Mountain Vineyard for as long as 20 years, others as short as a year. As full-time employees, they are paid by the ton when they are picking grapes and by the hour for the rest of their duties.

Rosenbrand said the beginning of this year’s harvest on Sept. 18 was the latest start by two days since 2003, when he began working for SMV. He said both 2005 and 2006 were late and added that 2004 was early.

The grapes from one of the sauvignon blanc vineyard blocks was harvested for the first time as it was replanted four years ago. On one of its sides were massive oak trees, which means Rosenbrand and his crew are hand fertilizing the vines to get them to grow and catch up with the others.

Neither Cole nor Rosenbrand were looking forward to this week’s expected heat spell. “If I had my druthers, it would be 80 degrees until November,” Rosenbrand said. Cole added that the heat spell won’t help the red grapes ripen, instead it will be like turning up the heat on a barbecue… you’ll have meat that’s burned on the outside and raw on the inside. 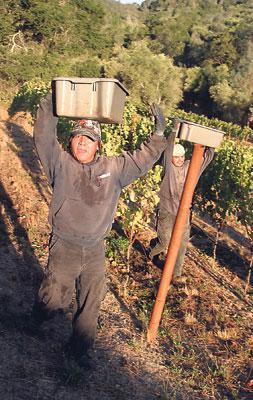